The Honda Accord 2006 EX trims(and newer years as well) have a Navi option that could have been bought with the car. This adds a touchscreen display with controls to the center dash. Unfortunately in the days of Android, it is incredibly dated and lacking.

The current navi system is based on what appears to be Windows CE. It’s UI is some tacky metal graphic and infuriating lack of modern UI features like auto-complete suggestions on entries. The map also sucks graphically(8-bit color?) and you need to pay yearly to get the latest “update” CD.

But the saving grace to these problems is the design of the navi system. The navi unit itself is a small DVD player sized box in the trunk separate from the rest of the car and center console. The pinouts for the navi unit are available and the connectors coming from the car provide all the signals needed to use the center console.

In fact here’s a diagram of the entire system from Honda’s Service Manual. 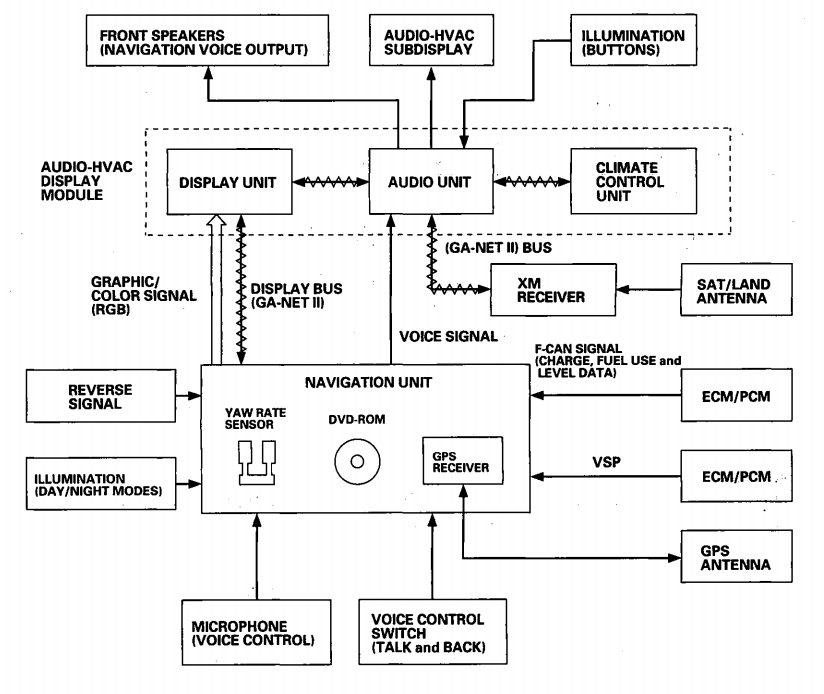 So what do I want to do?

Replace the navigation unit box with something running Android, or maybe Tinzen!